With only 5 (!) gameweeks left of the FPL season, we decided to switch things up a bit! From now on we will be bringing you our differential picks for each week, rather than the more obvious captain picks that you can work out by looking at EO and fixtures. This will hopefully help you make decisions that are a bit more outside the box, which can help you fly up the rankings before the season comes to a close!

And just like that, the consecutive jackpot run ends. It was a good time though for sure, but it had to end at some point. Watkins with a lucky assist for his owners, and that was it! Let’s hope it goes better this week. Who do we believe can drive you to unrivalled glory? Wait no longer, it’s time for this GWs (possible) heroes.

Kelechi Iheanacho has been in simply scintillating irresistible form – he is the inform player in the entire league the past few GW’s and receiving evergrowing plaudits as the chief protagonist for Leicester’s charge to top 4!

With a whopping 68 points in his last 7 GW’s – an average of 9.71 a game (his only blank coming against City in that time) we think now is time to start seriously considering Kelechi over the likes of Kane, Bruno and Salah for captaincy.

The news that Barnes is out for the season means he will play every game but more importantly Southampton awaits Friday night a plum tie indeed for more goals for him while in such a rich vein of form!

Southampton have conceded the most goals of any side in the last 6 games (14) and the most in the last 12 games (33). It’s just too good to turn down a player in sparkling form now so heavily entrusted by Brendan Rodgers amd who is putting Vardy firmly in the shade too!

With 16 shots on goal in the last 3 games and 4 goals who would bet against the Nigerian for more glory? Effective on both feet and with his head he’s becoming something of a revelation! You just have to love the story and emergence of him!

Stick the armband on him and feel confident.

Change in formation and tactics from Sam Allardyce has really helped Matheus Pereira, who looks to have regained his last season’s form atm. The Baggies playmaker has 4 goals and 2 assists in his last 4 games and is doing everything he could to save West Brom from getting relegated. It looks too little too late, but West Brom will fight till the end and having Pereira in your teams could turn out to be a cracking strategy as he is their talisman and if West Brom score, most chances are that he is involved in them.

Wolves lost 4-0 against Burnley at home last GW and they looked very poor. They are a side who have nothing to play for at the moment and looks to be on the “beach”. Wolves in general haven’t looked like the Wolves from the previous seasons. Obviously losing Jimenez due to a very bad injury and Doherty to Spurs plus having some other injuries haven’t helped them at all and they next visit a West Brom side who needs to win all their remaining games to have any chance of beating the drop. That’s why we 3 at the “Guardians” have decided to go for Matheus Pereira as our Maverick captaincy pick. 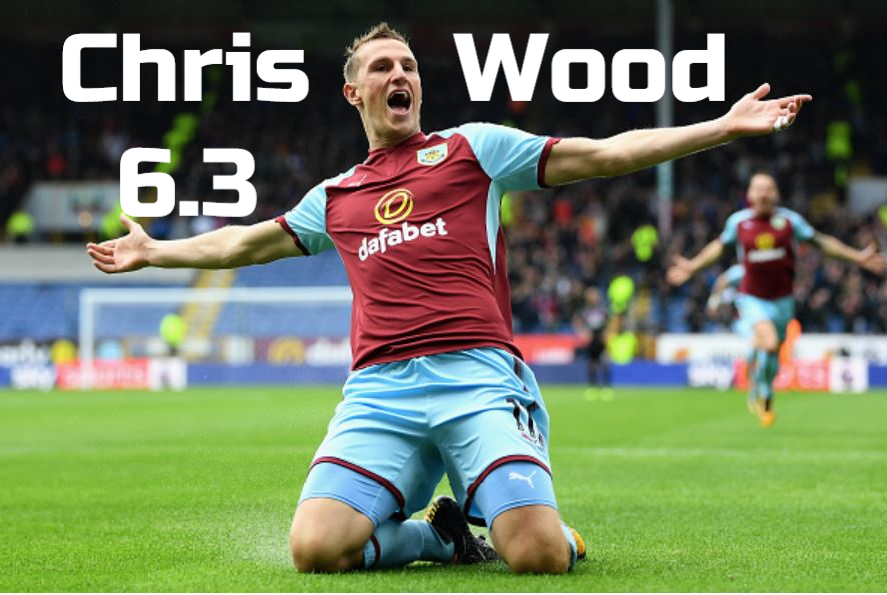 Chris Wood hat-trick. I have to read that again to actually believe that happened. Who would have seen that coming? Not me! Even the 0-4 result against Wolves was a big surprise, as Burnley have seemed to find some form out of nowhere. Burnley are usually a good team for solid FPL returns, at least from defense, but this season has been an anomaly, with players from the teams not really being options. With them now showing form this could be the perfect time to jump on the bandwagon. We should maybe not expect a 20-point haul from Wood every week, but this at least shows some positive signs that could make them interesting again.

Wood himself is still surprisingly lowly owned, and with him only being in 2.5% of teams as of writing, which is obscenely low, I see this as a big chance to get on a proven asset in FPL of previous seasons. He is also pretty darn cheap, so it will be a 1 transfer move for most managers if they go there. Burnley are facing West Ham this gameweek, which looks like a game with goals from both teams a likely thing to happen. Wood is a 100% secure starter for Burnley, and considering all of the above, I reckon Chris can be a very good captain this week.