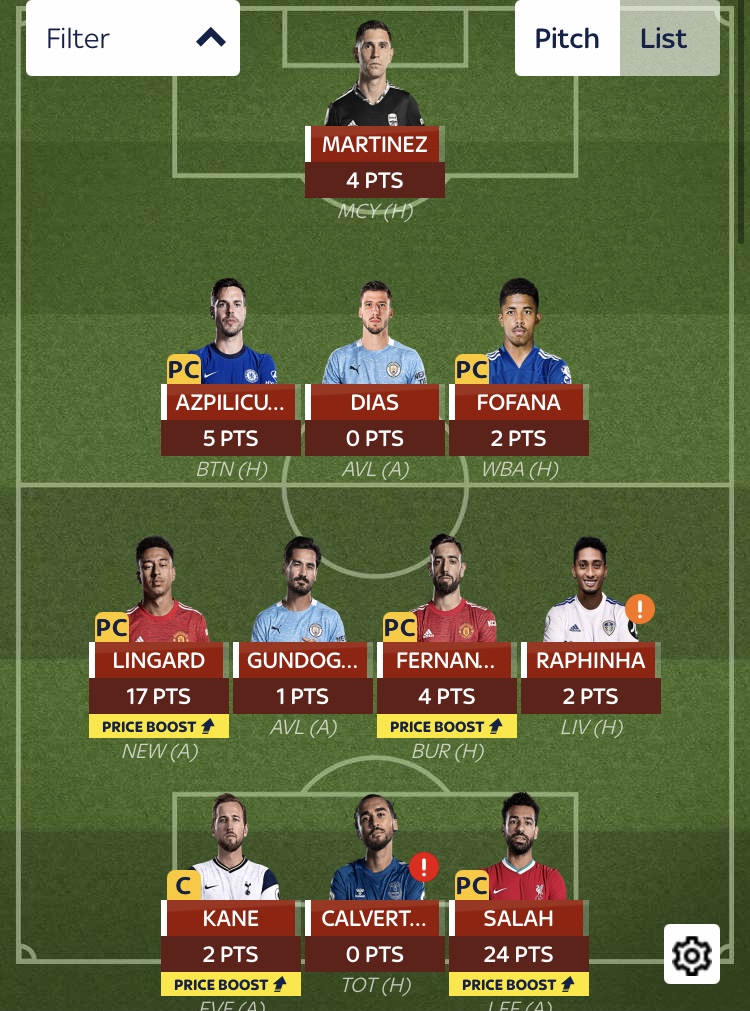 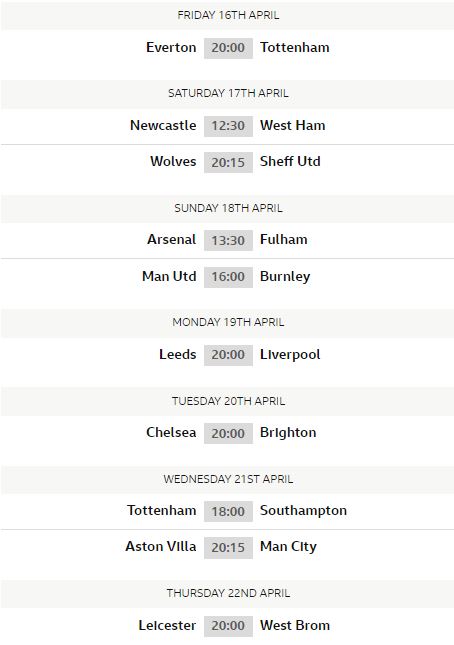 With DCL being injured as well as being genuinely terrible and burning a £9.3m hole in my team I will absolutely not be captaining him.

Easy decision for me, along with 98.7% of the top 1k in Sky I will be captaining Harry Kane. There’s not much else to say really about Friday.

I jumped on the Lingard bandwagon last week bringing him in for the injured Neto. Really unfortunate that injury, was having his real breakout season and is now out for 6 months. Quite a serious injury and one I hope he makes a full recovery from.

Lingard is my only player on Saturday so he’s got the armband.

I have a tough time predicting Newcastle games. I remember they kept Liverpool quiet at St James’ park so it really could go either way. West Ham have a lot of injuries and with ASM and Wilson now fully fit they could do some damage.

My standout captain for the day would be Rui Patricio. I don’t foresee Sheffield United scoring which means Patricio is on for 9 points.

Once again I only have 1 player on Sunday. But what a player. Highest owned player in the top 1k, the decision is easy.

I see this game being close, Burnley could even nick it. United are very secure in the top 4 now and I have a feeling they will let their foot off the gas for this game. Burnley are pretty solid defensively and I think United will have a tough time scoring.

I’ve got Salah and Raphinha for this game. Even if he does play I just can’t bring myself to captain Raphinha. Salah is the top scorer in the league and now Liverpool are out of the Champions League they need to win every game they play now.

Think this will be a very entertaining game to watch with two attacking teams going toe to toe. Think Salah can get a hatful, just needs to put his shooting boots on.

Like most days this week I only have 1 man playing. Well hopefully, having played in the Champions League and with the FA Cup semi final on Saturday I think Azpi could be rotated in this one. He has started every premier league game under Tuchel so far but I think if there is a game he could be benched for this is the one.

Another easy captaincy call on Wednesday. Southampton have been woeful defensively recently (very glad I got rid of Jannick Vestegaard :D). Tottenham could blow Southampton away in this one just as they did at the start of the season. Harry Kane captain.

I do have two Man City assets who could play on Wednesday v Villa. But as we don’t see the line ups I can’t be sure that Gundogan or Dias will start. I fancy Man City to keep a clean sheet and get passing bonus though, especially if Grealish still isn’t back

I am very tempted to make a transfer on Tuesday to bring in another Leicester player for their excellent fixture run of West Brom, Palace, Southampton, and Newcastle. James Maddison will be the player I will bring and with Ilkay Gundogan making way. With City still being in all the cups, I don’t see Gundogan getting many starts in the Premier League. Maddison with that fixture run seems the perfect replacement, in his last 5 games before injury against Leeds, Fulham, Wolves, Liverpool and Villa Maddison averaged 8 points. I feel with the fixtures he has he can do even better.

Iheanacho is another option who I could bring in for Calvert Lewin. But I would rather get rid of Gundogan who just won’t be playing many games.

Well that’s it. There wasn’t too much thinking to do this week in picking my captains. With only a maximum of 2 games in any given gameday this week. But I hope this blog helps with your picks nonetheless. All the best for the week and I’ll be here again at the start of GW33!