Transfers Planned 🔁: Gundogan to Lingard and Stones to Fofana (Another 2, I know!) 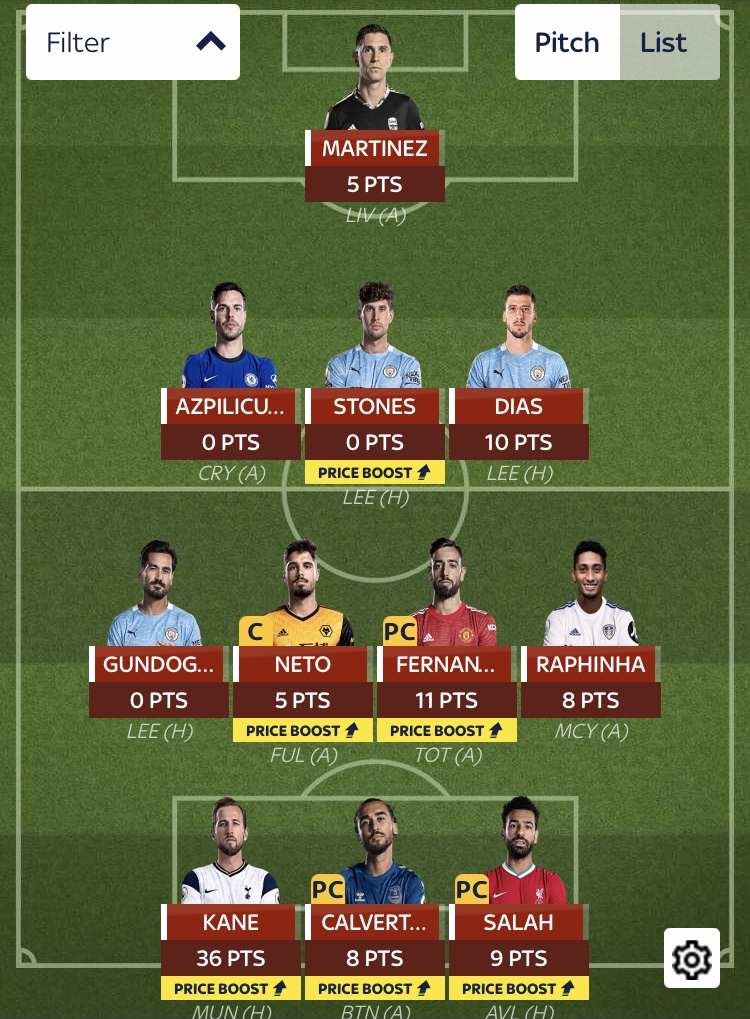 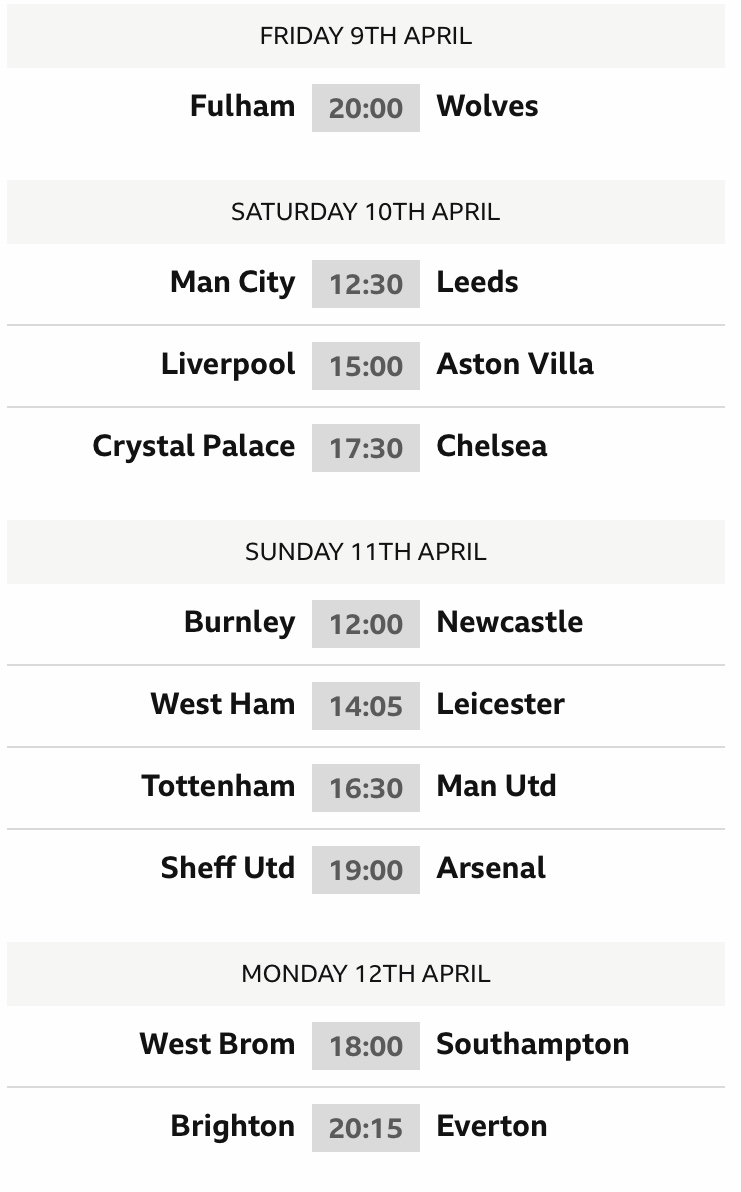 Not a great deal to say about Friday really, only one player playing in a game I probably won’t even watch.

I bit the bullet last week and brought in Neto for Vestergaard with this captaincy day in mind. I didn’t want Patricio as I didn’t trust the Wolves defence and I didnt want a Fulham asset for the long term.

I’ll take what I can get from Neto really I’m not expecting a massive haul but I know he is capable of a goal, an assist or shots bonus. He offers a few avenues to points which is why I picked him.

That’s right I’ve bitten the bullet and brought in new dutch winger Ruud Dunnoyet (Benny Blanco eat your heart out).  In all seriousness I don’t know who I will captain on Saturday. Martinez, Stones, Dias, Gundogan, Raphinha, Azpi and Salah are all players I have given the armband to in the past and they all play on Saturday.

Really my decision will hinge on the Man City line up. If Gundogan plays I think I will captain him. I see City winning this game but I don’t see them keeping a clean sheet. The stats also suggest that Leeds give up the fewest passing bonus points in the league, even less that City do. Those two factors put me off captaining a City defender. Gundogan’s goalscoring has been ridiculous this season and I’d fancy him to bag against Leeds. If he plays he’s got the armband.

I used these stats last week from FFStuff but they’re useful again to show how little passing bonus Leeds give up. The graphic only covers upto Gameweek 28 but Leeds are still giving up the fewest passes of any team. 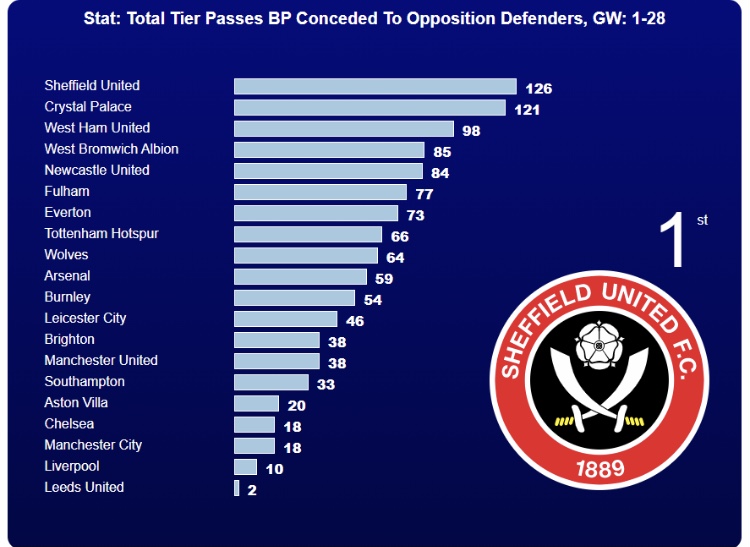 If Gundogan isn’t playing (and I think there’s a 50/50 chance that he won’t) I will just be on Salah. It is between Salah and Azpi and I’ve picked Salah because I’m not sure Azpi can play 3 games in 7 days. We won’t see the line ups for either game so I’m going safe and picking the player I think is most likely to play.

Martinez and Raphinha haven’t had a mention yet but I can’t bring myself to captain either considering their opposition. I’ll take whatever points each of them can give me this weekend.

I will be making 2 transfers on Sunday and reducing my transfer count to 4 for the remainder of the season. I’m a bit nervous about this but my transfers are logical, for the long term and cover me for captaincies in the future.

I can’t see John Stones and Gundogan playing much for the remainder of the season. John Stones seems to be Pep’s choice centre back in the Champions League and Gundogan is equally likely to be rotated. Man City also have a blank gameweek coming up so I believe this weekend is the time to take out their assets. For me only Dias will remain.

Gundogan will be moving on for the in-form Jesse Lingard and Stones for Fofana.

Wesley Fofana is my pick for Leicester coverage for the captaincy games on the 22nd and 26th April. With Leicester playing West Brom and Crystal Palace in those two fixtures – two teams who give up a lot of passes. I think a defender for Leicester is the position required with a decent probability of clean sheets and passing bonus in both of those fixtures. He also plays West Ham on Sunday – another team who give up a lot of passes and I think he can get me a cheeky passing bonus on Sunday too.

Now for my captain. Choice is between Bruno or Kane in the Man Utd v Spurs game, and for me it goes to Bruno. Man United have been pretty good defensively against the big teams, blocking out the midfield and making it difficult for them to score so I think Kane’s returns will be limited. Spurs however are shocking defensively and Bruno has multiple avenues to points. It’s an easy decision for me.

Not much to say about Monday really. I’ve only got one player playing in Calvert-Lewin and to be honest I’m not expecting much.

Brighton are a very good team defensively and I think DCL is gonna have a tough time. I’m not going to use a transfer to bring another player in though to cover this day.

Lewis Dunk is actually the best captain on Monday (just my luck that I took him out for Azpi last week :D)

You get to see the City lineups on Saturday and I think Sergio has got a good chance of starting.

We all know Leeds aren’t the best defensively and I really think Aguero could have a field day against them if he plays.

I don’t personally have the transfers to bring him in but if you need to make a punt and you see Sergio starting. He might just be your guy.