Transfers Planned 🔁: Dunk to Azpi and Martinez to Patricio 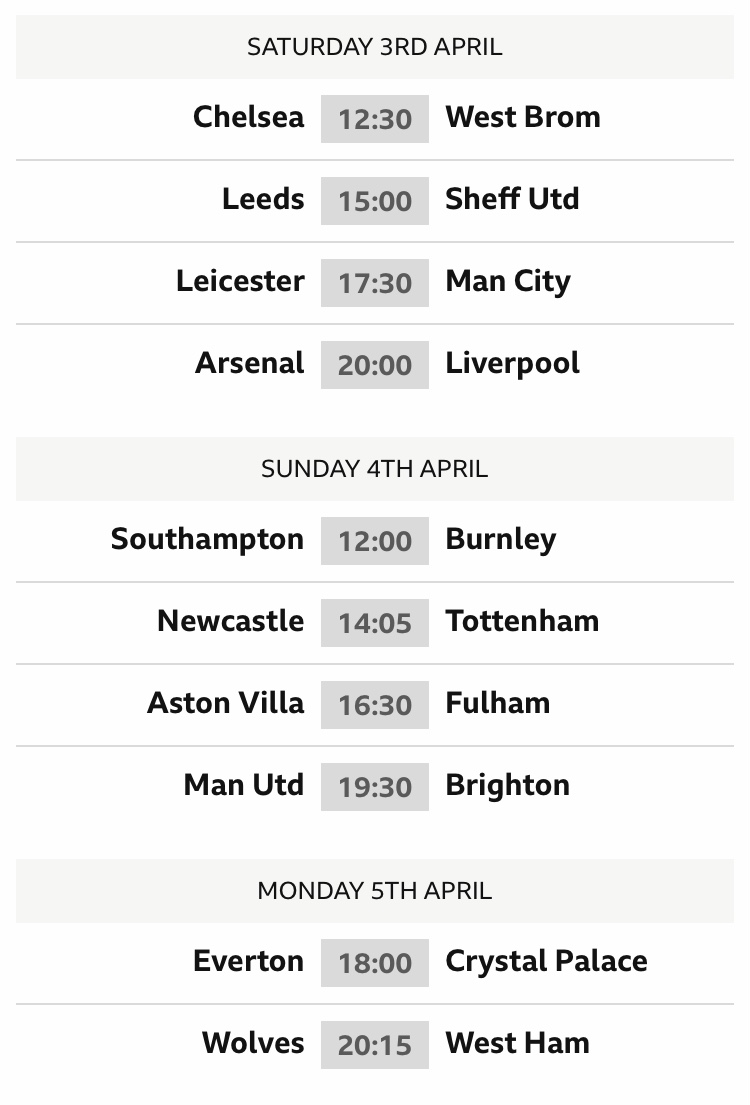 Provided he is starting as I will be able to see the line ups I will be moving Dunk on and bringing in Azpilicueta.

I’ve got quite a few playing on Saturday. Azpi, my Man City assets, Raphinha and Salah all have a game but for me the standout captain of the day is Azpilicueta. Some quick analysis of the Premier League table and some great stats from FFStuff show me that Chelsea are likely to get a clean sheet and the defenders are likely to pick up passing bonuses.

A quick glance at the Premier League table shows me that West Brom are the second worst team in the league for goals scored therefore it is quite likely Chelsea will keep a clean sheet in this one.

The stats below show that West Brom are 4th in the table for defensive passing bonus conceded and with Chelsea’s possession heavy philosophy under Tuchel I see all of the defenders picking up passing bonus.

I expect nothing less than a clean sheet and passing bonus from Azpi (lol).

I could also opt for Raphinha against bottom of the league Sheffield United but I just prefer the security of the passing bonus Azpi can get me. Even if Chelsea don’t keep a clean sheet Raphinha will need at least an assist to match Azpi’s score. If Azpi isn’t starting though of course I will more than likely captain Raphinha.

I expect Stones, Dias and Gundo all to start against Leicester. It is a big game for Man City and I think they will go all out to win it. I do however think that Leicester will score. They are certainly more likely to score against Man City than West Brom are to score against Chelsea therefore I won’t be captaining a Man City Defender. Gundo is an option but I’d put Azpi and Raphinha ahead of him for captaincy.

Last and most definitely least (on current form at least) we have Salah. Hopefully the international break has allowed Mo to get his shooting boots back on and he will score some points v Arsenal. I’ll take anything I get from him on Saturday. I will likely just be keeping him until the end of the season due to a couple of captaincy days coming up and an excellent run-in.

Quite a few captain options on Sunday too. Vestergaard v Burnley and Martinez v Fulham are genuine options but for me Kane v Newcastle and Bruno v Brighton are the standouts.

Kane or Bruno is a real dilemma and I may well find myself switching back and forth right up to the Sunday deadline. Right now it is on Kane, predictions say that Son will be fit which will greatly increase Spurs’ attacking output. To add to this, Newcastle are arguably the worst team in the division, on current form.

Bruno has a stronger opposition against Brighton but does have more routes to points. He is capable of tackle bonus, passing bonus and shots bonus on top of attacking returns. So far this season however Brighton have conceded the least shot bonus tiers of any team in the league (see below more brilliant stats from FFStuff) and that stat is making me side towards Kane.

I genuinely think that Martinez and Vestergaard are viable captains who could definitely pick up a clean sheet each. I just can’t get past the 97% ownership of Bruno or Kane and have to captain one of those two.

Provided the news from the press conference regarding Patricio’s injury is good I will be transferring him on for Martinez on Monday. With Friday 9th’s captaincy against Fulham and an excellent run of fixtures in mind I will gain the fixture against West Ham if I make the move on Monday.

Standout captain for me though is Calvert-Lewin. Whilst he hasn’t been very prolific in the league I’m hoping that after a week or so with the England camp he’ll have his shooting boots back and score me some much needed points. He also uses Custard Creams as shin pads so we are mates now.

I’m a bit worried about this guy I must admit. Shef Utd have given away the most passing bonus of any team in the league, are the worst goal scorers in the league and are the 3rd worst team for goals conceded.

I can see a goal, clean sheet and passing bonus for Dallas. If anyone reading this and is looking for a differential this weekend I think Dallas is your guy. Now only 20% owned in the Top 1k and I’m not sure many will be captaining him.