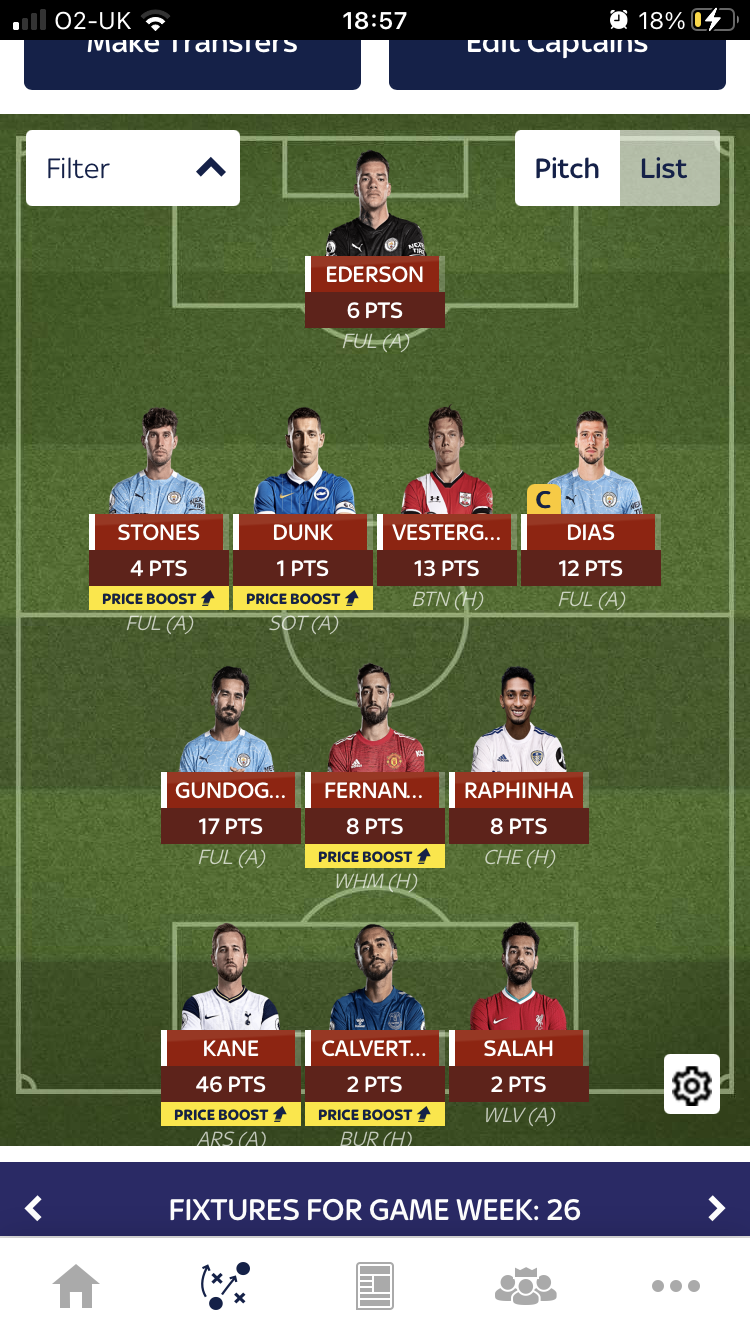 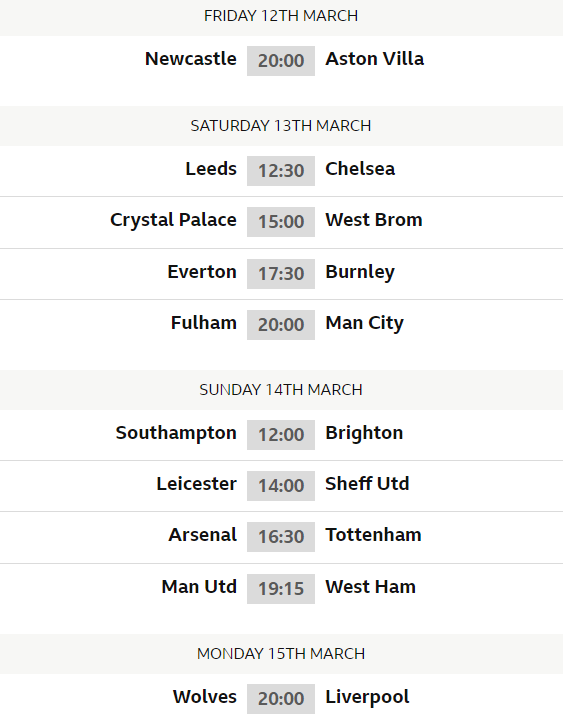 Only one game on Friday this week and for me there is only one stand-out captain. I will be using a transfer to bring in Martinez for Ederson and will hold him for the rest of the season. He’s been annoying me ever since the start of overhaul picking up clean sheets and saves bonus so it will be so relieving to finally get him in my team.

After hearing that Watkins may be a doubt there’s only one way I’m gonna go here. Especially considering the attacking injuries Newcastle have I can only see an Aston Villa clean sheet. I don’t feel there is a more plum fixture for a Martinez clean sheet than Newcastle right now. Which probably means he will concede from Newcastle’s one shot and target and score two points.

With DCL, Dias, Gundo, Raphinha and Stones all playing today I’m not short of options. DCL could do some damage against Burnley who haven’t looked great recently but I am slightly put off by the fact that they don’t concede many chances inside the box where Calvert-Lewin scores most of his goals.

I have to look past Raphinha as on current form Chelsea are the best defensive team in the league in my opinion. Personally I think a Chelsea defender is the standout pick as captain today, especially considering we get to see the line-ups. My plan is to bring in Azpi for Dunk after Dunk’s captaincy so I will have to go without on Saturday. As difficult as that will be.

With Man City playing Fulham I feel I am probably best off captaining a Man City defender. Fulham don’t look the best going forwards despite their new found defensive strength so I feel a Man City clean sheet is likely. Not being able to see the line-ups makes me slightly unsure of who to pick. Right now I am on John Stones, I feel Dias is due a rest with the Champions League next week, same with Gundo too. With John Stones having been rested for the Southampton game however I think he will start this game, therefore I will captain him.

First kick off of the day is the derby of defensive disappointments with Dunk and Vestergaard facing off. The less said about these two recently the better. Hoping for a quiet, boring 0-0. Definitely not considering either for captain.

It’s difficult for me to think who will be the highest captained player between Kane and Bruno on Sunday. The ownership is now quite similar for the two (Kane 93% in Top 1k and Bruno 95%) so there is little to choose between them in that regard. For me it comes down to the fixture; Harry Kane has a notoriously good record vs Arsenal and really looks in good form at the moment. As a Man Utd fan I am worried about this West Ham game, they look really solid and with the strong midfield they have of Rice and Soucek I think Bruno will have a difficult time getting on the ball. Kane edges it for me.

It will be quite exciting to see how the polls look for captains on this day. Kane or Bruno is a key decision this weekend.

Salah seems to be dividing opinions in the Sky FF community at the moment. After a few blanks in a row his ownership in the Top 1k has gone down quite a bit. I can’t sleep on Salah though even despite the many blanks, he is still the top scorer in the league.

Liverpool should be able to field two out and out centre halves in this game which will mean Fabinho in midfield. With Fabinho back in midfield Liverpool look far better, as we saw in the Leipzig game. More importantly they are able to score goals, something they haven’t been able to do a great deal of recently.

I expect Salah to be the most picked captain too. Let’s hope he goes mad and punishes those who have given up on him.

The Brazilian Rolls-Royce looks to be fit again and with Chelsea looking very solid now under Tuchel I see him as a real option. When he plays he tends to make the most passes of all of the defenders at Chelsea and against Leeds he may be the only one to pick up bonus, he’s knocked in a couple of goals from corners this season too. There is of course a risk he isn’t thrown straight back in but we will see the line-ups. Right now he is 0% owned in the Top 1k, for obvious reasons. But if he starts against Leeds I expect that ownership to rise.